When People Stop Going to Church … 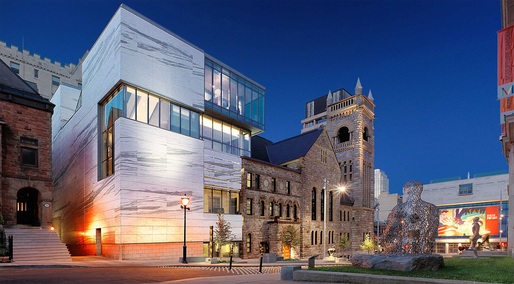 There are 350,000 religious congregations in the US and according to the Yellow Pages there are 1,433 religious institutions in the greater Cleveland area.  In Cleveland, as well as, across the nation church membership and attendance is declining.  This decline is not discriminating amongst denomination.  There has been a lot written and a lot of research conducted to uncover the reasons for the decline.  The findings range from – the cultural disappearance of guilt to too many online social options to the thought that occasional attendance is the same as regular attendance.  For whatever the reasons, in five years the percentage of people unaffiliated with religion has increased from 15% to nearly 20% and continues to rise.

So what does this mean for houses of worship?

Some religious institutions secure income to support their ministry from ‘other sources’ which can include the incorporation of for-profit enterprises that serve the community, such as residential and commercial real estate holdings, daycare centers, assisted living facilities, etc.  However, many churches get the majority of their income from the congregation’s contributions.  And these contributions rely heavily on the congregation’s willingness to pay and ability to pay.  And for those relying on contributions, this income sometimes cannot cover the expenses.

Since 2008, church foreclosures have been on the rise.  These foreclosures result in many abandoned church buildings.  Community development corporations, developers, and investors are taking notice.  These former religious institutions are being re-purposed into restaurants, breweries, libraries and condominiums.

This re-purposing has been going on in Cleveland for decades.  For example, overlooking Little Italy, in University Circle, once stood the First Church of Christ Scientist.  The church was completed in the 1930s, but by the 1990s, the congregation had diminished and the ministry could no longer sustain the building.  The building was purchased by the owners of Nottingham-Spirk.  And leveraging historical tax credits, Nottingham-Spirk transformed the church into a state of the art 60,000 sq-ft innovation headquarters for their growing industrial design firm.

Another example of an impressive transformation is the First English Lutheran Church also known as the Red Door Church in Cleveland Heights.  In 1950, the church membership was 300, but by 2002 the membership dropped to 50 and the congregation decided to dissolve the fellowship.  In 2005, the stone church was purchased, renovated and became the center piece of a luxury condominium development – the Brownstones of Derbyshire.

This type of re-purposing is happening in cities around the globe.  And until there is a resurgence in church attendance and a sharp decline in church foreclosure and abandonment, re-purposing of church assets in the market can help to stabilize supply and demand.  And as these foreclosed or abandoned structures transform into libraries, residences, restaurants and museums these former beacons of hope and guidance can once again serve as gathering places that support community growth.